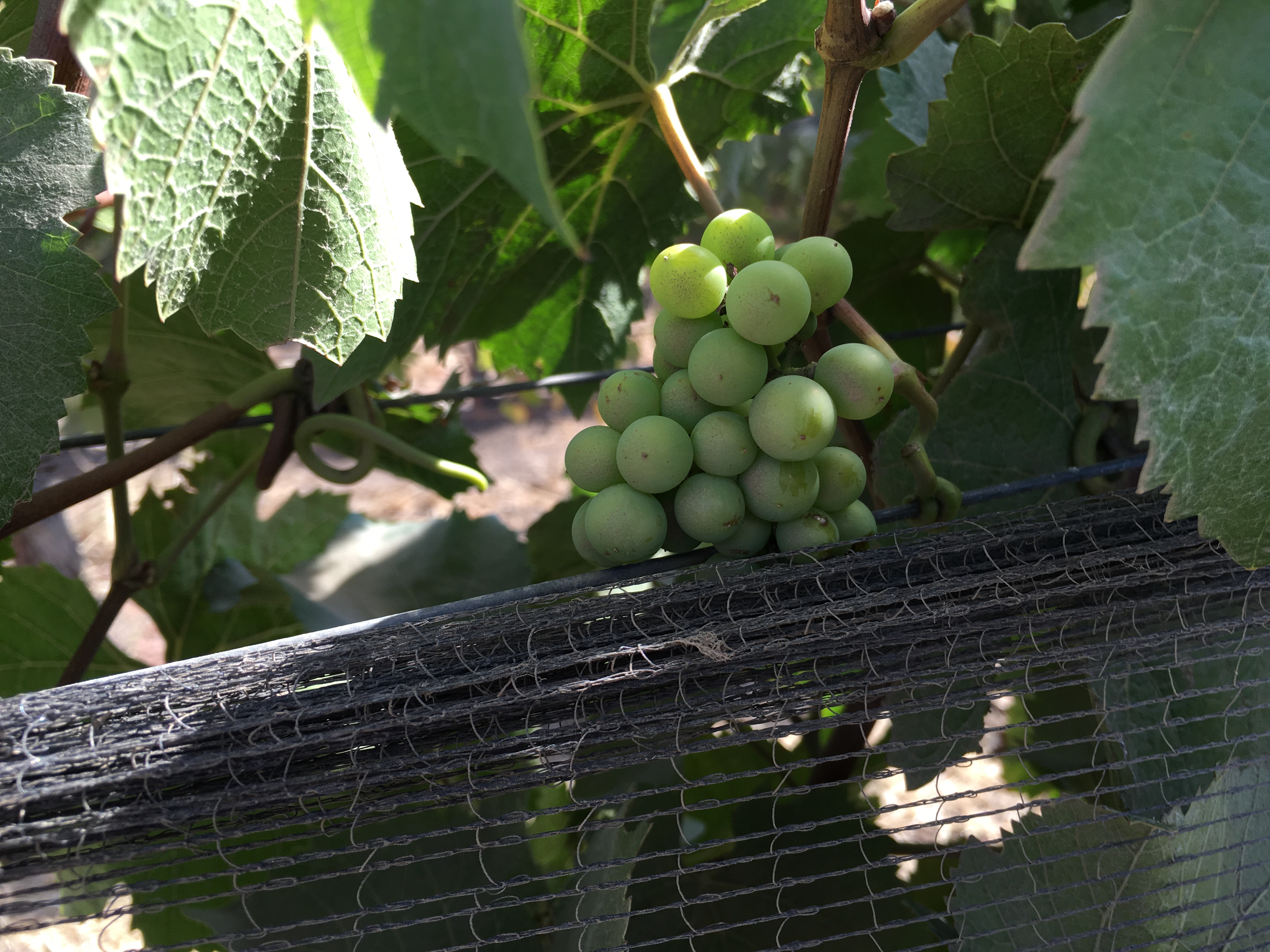 Which composer pops into your head when you think ‘symphony’? Regardless of your preference, I can say with near certainty that it’s a guy. The music is beautiful, transformational, pick your adjective. But have you ever wondered why women through the centuries were so lacking in talent that they never managed a composition unless appendaged to a male family member?

Typically, where women did compose, they set poetry to music, wrote pieces for the piano, and a few even made it to chamber music, which, unlike the symphony, was performed in small places. Then there was Amy Beach. Remember her? (If I were getting paid at all for my writing, I’d offer a small prize to anyone who remembered without googling!)

All a long-winded way to say that the first woman winemaker in California was Hannah Weinberger, who took over her husband’s winery after his death in 1882. But only now do we have a perceptible number of women making wine.

According to researchers Lucia Albino Gilbert and John Carl Gilbert of Santa Clara University, in Santa Clara, Calif., of the more than 3,700 wineries in California, only 10 percent boast women winemakers. While hardly a representative sample of the population, it does speak to some change.

And so it has been in almost all disciplines: anecdotal evidence of women who did great things. Be it the sciences, medicine, or that arts. But a trend? That required societal change and took awhile.

On my trip to Santa Barbara last month, which I’ve mentioned in a couple of posts, I interviewed five women winemakers. Looking at their skill, you’d think they’d been doing this for centuries; their unabated enthusiasm might make it seem they were just getting off their feet. 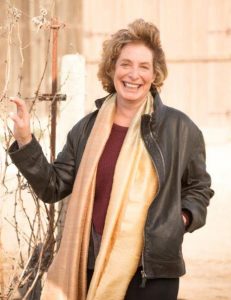 Take Kathy Joseph of Fiddlehead Cellars. Joseph ditched medical school to make wine, and is in some ways the grande dame of the Santa Rita Hills appellation. “I was part of the second wave in the mid-’90s to really help create the boundaries of Santa Rita Hills,” she said. Richard Sanford, of the winery that bears his name, came in the first wave and saw the potential for this area in the 1970s for cool climate pinot noirs. “Our appellation did not exist when I bought this property.”

Although she started making pinot noir in 1989 from grapes she sourced from Santa Maria, it was not until 1996 that she bought her own 100-acre parcel of land. It was a dream. It also made Joseph a part of the Santa Rita Hills history.

Not too far from Joseph, another young woman was kicking off her dream the same year that Joseph bought her land. Although Brooke Carhartt was not sure that winemaking was her calling, the process pulled her in. “I was an academe,” she said. “I would never in a million years have thought I would be doing this. I was on the road for a Ph.D.”

The family had owned the ranch for some years, and in 1996 she and her husband planted merlot and syrah. Carhartt Vineyard was born. Learning as she went along, using her background in science to understand the chemistry of winemaking, Carhartt grew into her role as winemaker. Now she handles all the lab and production work.

Although in some larger wineries the jobs of the vineyardist and winemaker are discrete, it is important for the one to understand the other. “I think for a successful winemaking operation, the winemaker has to be involved in the vineyards as well; so much of the wine is made in the vineyards,” said Carhartt. 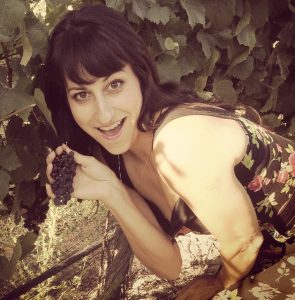 Angela Soleno, who sources grapes from other vineyards for her Turiya Wines, says that it is important for her to be at the vineyard during harvest. “Smelling it, touching it, tasting it. I love to taste every single day.” And the tasting continues from the vineyard into the winemaking. “After the vineyards, I like to taste it as soon as it comes in, after it’s crushed …and every day after that I continue to taste it.”

Like Joseph and Carhartt, Soleno followed a circuitous path to winemaking. Wine came to Soleno through a breakup, when she
took a trip with her daughter to get away. “I found this glass of wine that was…it was like when you wake up after being sick for a week and sud- 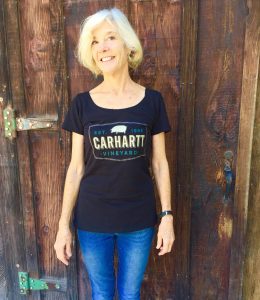 denly feel better. That’s how the wine experience was.” But once she began, she embraced it completely.

Getting the vineyards going takes a long time but seems a worthwhile education. “I really learned more from first being in the vineyard planting and watching that cycle of life of the grape from a stick that looks dead, to budding out,” says Carhartt.

Indeed, a certain satisfaction comes through in having planted the vineyard themselves. Sandra Newman of Cebada Wine, used her master’s in plant science to create the 20-acre orchard and vineyard that are the pride of her 100-acre property. When she bought the land in 2002, “it was very rough, “ she said. “The only thing on this property was three acres of dying apples. There were no wells, no roads, no buildings.”

Regardless, she wanted to jump into cultivating grapes. But a farm agent in Santa Barbara County advised her that she would go broke because of the long time it takes for a vineyard to produce grapes that yield drinkable wine. She planted blueberries and as her business grew, she put her beloved grapevines in the soil. “I did all this myself. Every single plant.”

It is backbreaking work. There can be no mistaking it for anything but agriculture; traditionally, farm equipment has been big and heavy. Even with technology providing the tools to move and wash barrels and to lift them, it is still a very physical job. Perhaps it was the sheer physicality of it that kept women away? 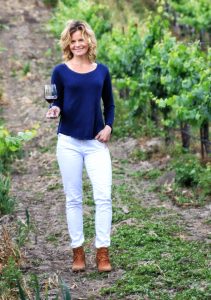 Sonja Magdevski, owner of Casa Dumetz, who started making wine in her garage in 2004, said that she uses a forklift and a pallet jack. But she still does things differently than a man would. “When I stack barrels, I stack them two high because I know that by myself, using a pallet jack I can move four barrels anywhere easily.” Six barrels become more challenging and she summons help. 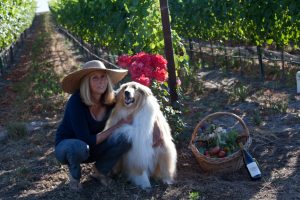 The exacting nature of the work can discourage all but the most determined. Carhartt said she has hurt herself many times. “I have fallen back with bucketfuls of grapes, hurt my shoulders.” Many women are very strong, but she has to sometimes rely on her crew for help. “I think it is a bit limiting for a woman because there is a lot of heavy lifting.”

Nor is winemaking the only field where women have been invisible in the past. “There weren’t women bankers and women weren’t taught [to read] profit and loss statements,” Joseph added.

She does not deny that it is still a man’s world but thinks that the attitudes of women entering the workforce have changed. “Let’s face it,” she said, “women are encouraged to have families and to take jobs that have a more regulated time commitment. In our field, when harvest happens, it’s pretty much 24X7 that you’re on call.”

Will we see more women in winemaking? While all the winemakers I spoke to said there are many jobs in the industry for women, they also stressed the importance of a science education.

“Wine is definitely an art form but there is a lot of science to it,” Carhartt said. “The science of winemaking is very important because that’s the only way you can measure certain aspects of it that will allow you to know that the wine is going to be safe and stable years hence.”

So science and symphonies for women to help them unleash the talent that lurks within seems to be the secret sauce for success.

Did Amy Beach’s music come rushing back as you read this? If you did, you will earn my adulation forever. In 1894, Beach wrote the Gaelic Symphony, the first American woman composer to do so. It debuted in Boston in 1896, a decade and a half after Hannah Weinberger took over the running of the family winery. 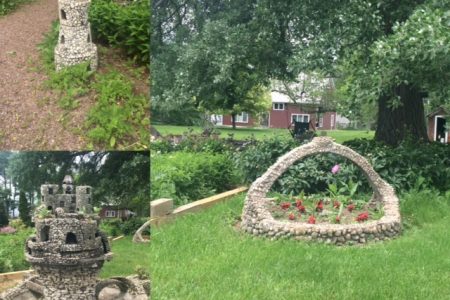 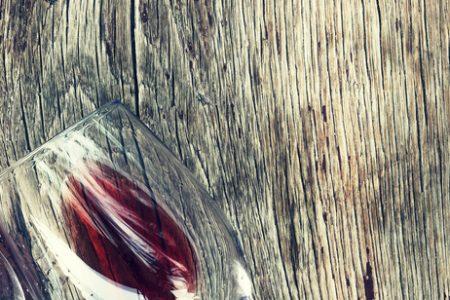 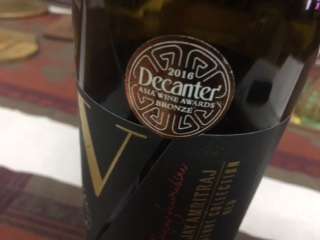