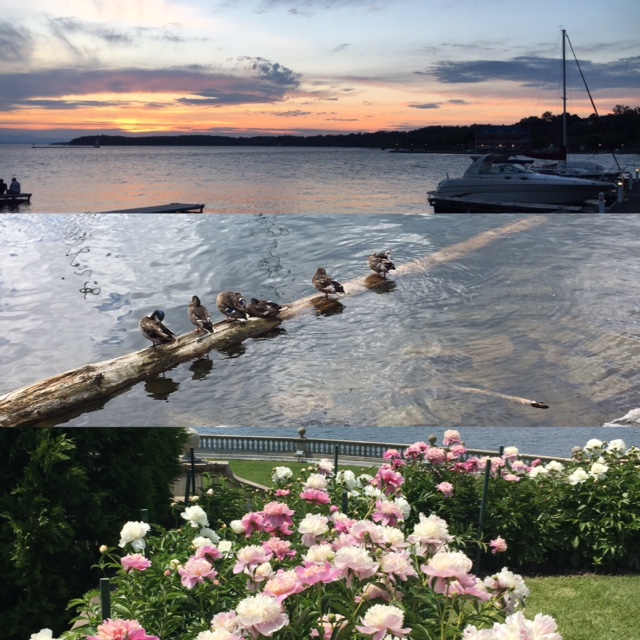 It seems an age ago, but just last month I was in Burlington, Vt., with my husband. It was even lovelier than the last time I was there, a couple of weeks after the colors of fall had faded. If one word could describe the look of the town in June, it would be verdure. Late spring felt like summer, with flowers bursting out of buds in the higher than normal temperatures. Our first couple of days there saw the mercury shoot into the mid 90s. The temperature drop in the evening is never as dramatic as in California. Evenings are warm and long. The lake glistens in the sun before sunset turns the horizon red.

The weather was perfect for a cool soothing drink. We had visited Shelburne Vineyards , a few miles from downtown Burlington and bought a bottle of La Crescent wine. I had every intention of carrying it back to California, but the exhilaration of being there, the weather, and just the spirit of vacation dissolved my resolve. 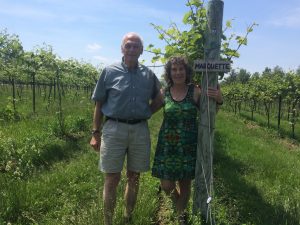 Off dry, La Crescent wine was perfect in the heat and as an accompaniment to the omnipresent Cabot cheese in Vermont. The extra sharp cheddar went well with it. On a different day, I might have preferred the wine with spicy Indian food to take the edge off the heat. But that day and the next (confession: we can’t finish a bottle of wine in one day), as I tasted banana, papaya, and stone fruit, the slight sweetness in the wine was a welcome change from the dry whites we are so used to drinking in California.

Ken and Gail Albert started growing French-American hybrids while Ken was still at IBM, where he worked for more than three decades. But those early attempts – a kind of version 1.0 – did not meet with success as raccoons and turkeys came in to feast. After he retired in 1998, Ken and Gail, who has worked in education all her life, planted three acres of Northeast French American hybrids. Eight years later, hybrids developed by the University of Minnesota moved from the lab to the commercial arena and the Alberts planted the marquette.

This was one of the most intriguing things about the two Vermont vineyards I visited. I have written about unusual grapes and wines that grow in California; they may be unusual to California and Californians who have a preference for three or four types of wine. But they are commonly grown in the Old World.

These wines are made from grapes from the Old World, too, but with a difference. They have been hybridized, not grafted, to weather the severe temperatures that grip large parts of the northern United States. One branch of the marquette family, for instance, is the French-American pinot noir, which belongs to the vitis vinifera species. The other branch of the family is native American, the vitis riparia that grows in the central and northern parts of the U.S.

The grapes that grow in Vermont are complete strangers to me; also, I found the range of varietals and blends that each winery makes to be quite amazing. Smaller wineries in the areas that I have written about typically make three or four wines. This is different. And they have fancy names like Louise Swenson and Cayuga. In addition to the hybrid marquette, three other hybrids – the crescent, petite pearl, and the Louise Swenson – also grow in the Shelburne Vineyards.

Growing grapes, hybridized or not, in those harsh climes is quite a feat. Vermont is a bit colder than the Finger Lakes region in New York or Ontario. Unlike the Great Lakes, which are deeper and bigger, Vermont’s Lake Champlain does freeze over and the winds that whip across are colder. Having lived in the tropics and California only, this is hard to imagine. But beyond the grapes is the determination to make wine in a climate so obviously hostile to their growth.

I tasted some wines on my visit. The Marquette, Marquette Untamed, and Marquette Reserve, with 14 percent alcohol, were all very good, with definite blueberry or blackberry and dark chocolate flavors and low acid. My husband especially enjoyed the Reserve – older, more complex, low tannin. When it gets cooler out here in California, we will invite friends to enjoy a bottle with us. The icewine, which the Alberts make from the vidal blanc grape, was delicious, if you’d like a wine with your favorite dessert. Very few places in the world can make icewines. As the earth warms, it will become a rare find.

Wine in a can. 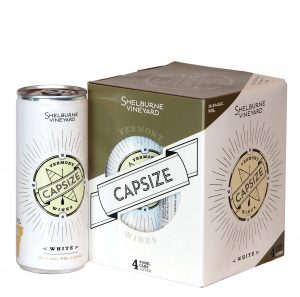 Like hemlines and sleeve lengths, nothing goes out of style forever. Remember when wine snobs turned up their collective noses at boxed wines? Well, they’re making a comeback. And now wine is competing with a beer can. Literally.

I first heard of canned wine while doing another blog post. Field Recordings Wine was putting out some cans. At Shelburne, I discovered that Ken and Gail were getting ready to introduce their Capsize can to the world. No, bottles are not passé, but cans are catering to another demographic – those who enjoy wine on the move. It offers another option to beer. 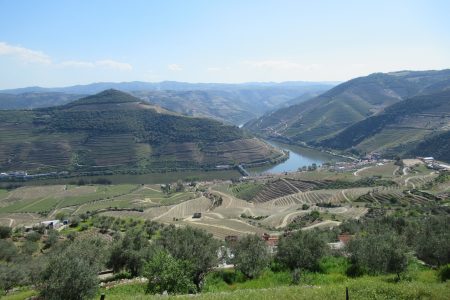 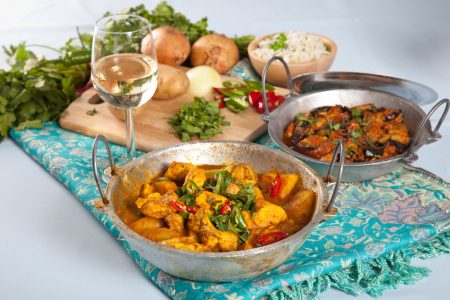 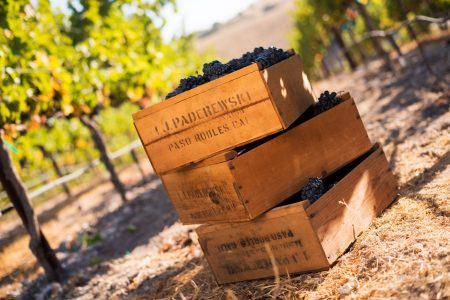